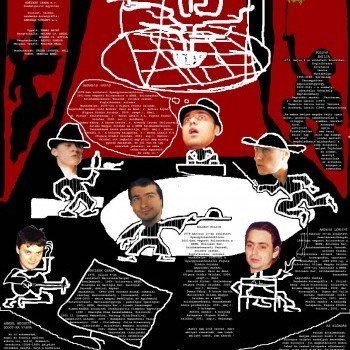 Interpretations exist according to which Beckett’s Godot can only be staged according to very strict rules and methods. These of course are but theoretical musings. They can be accepted. There are different interpretations as well that claim that on the contrary Godot raises the possibility of a myriad of theatrical variations. These too are but theoretical musings. They can be accepted. There is something common to these musings: everybody parrots their own brand of truth and would gladly uphold the opinion that one should rather not even touch the play since it would only cause harm to it. The ones who most sternly ascribe to this opinion are those who would do anything they can to have some relation to Beckett himself. Beckett truly is a genius. Waiting for Godot is a masterpiece. But theatre is a sort of game, fundamentally a game. We here tonight stage Godot in pantomime.