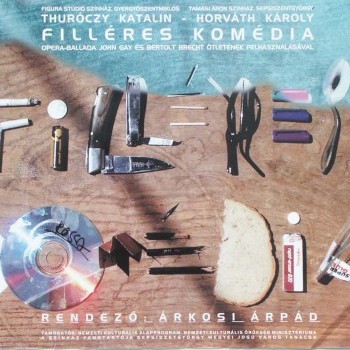 Comedy a Penny’s Worth

There is a huge gap between the capitalist worlds of Western and Eastern-Middle Europe. The traits of the collapsed so-called socialist states and the western welfare societies mingle, the corroding effect of growing poverty, joblessness, crime and the state sanctioned corruption have all escalated. There came to be in Hungary a specific neo-capitalism that tends to follow certain Balkan tendencies rather than European ones. It is not by coincidence that I changed the setting of the play into a fictitious South Slavic town – Karlovac – that just like London, is a port city with many nationalities. To me southern sensibilities are spicier, the emotions, the characters, lives and fates can be elaborated in a much more dramatic way.