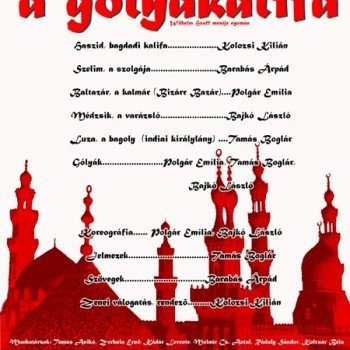 The Grand Vizier arrives on a flying carpet outfitted with a motor and landing with a loud, uncertainty for the Caliph Stork takes place in the East where technology is not yet all that – they do have techno music though. Colorful, fast paced, exciting play with a lot of laughs: naturally good triumphs over evil and the two evil viziers fall victim to their own deceiving tools.