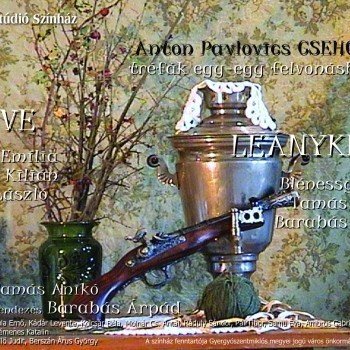 Chekhov is a great humanist, maybe better than all of us. Through Three Sister, through the Cherry Orchard, all through the single scene jokes he analyzed the simple, joyless and hopeless life the rural Russian everyman’s life pined for Moscow countless times. And he does this through the core of the soul: he does not make fun and does not look for a solution, but merely confronts.

We invite our audience to set aside their day to day problems as Chekhov would like us to do: confronting them. The two single scene plays, Bear and A marriage proposal are also a reflection of the everydays of our region. The plot revolves around borrowed money and the ownership of the pastures.