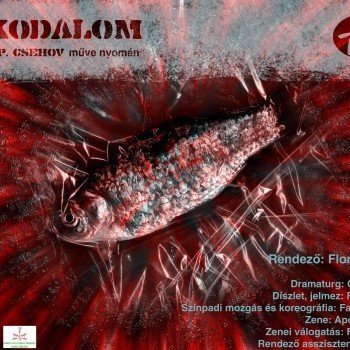 The Wedding by Figura Studio Theater takes place at distant train station in Siberia. Into this cold environment are introduced the characters Chekhov’s single scene drama. The motive: a marriage that will be the touchstone of the characters’ relations to one another.

This is the second staging of the same single scene drama by Florin Vidamski. Last year it was brought to the stage with the help of students from Sepsiszentgyörgy at a theatrical workshop and based on it’s success this second iteration was brought to life.

The play promises one and a half hours of pure entertainment, a kind of game that both of it’s difficulty and beauty constitutes in twelve actors creating that theatrical spark all at the same time.

Natasa Zsigalova, the older sister of the bride