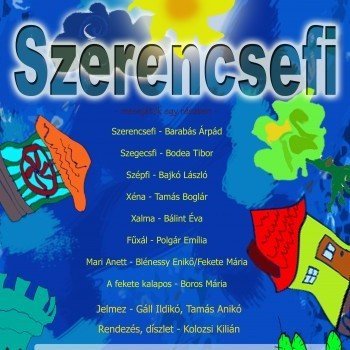 Darky boy is a permanently changing, evolving fantasy play. The spice of the story is that the actors had a larger role to play in influencing the plot of the play: there is not defined text and delivery. There is only a story, a skeleton of a plot that is dressed up by the actors through their acting, delivery and thus genuinely create the production each time. This kind of improvisation can give rise to a number of interesting situations.

The play is based on folk elements: youngest boy setting out to try his luck, the three old ladies whom he helps and who help him back based on the timeless “one good deed deserves another”, the presence of evil, who is compulsorily defeated by the young child.

Darky boy, Nail boy and Pretty boy are brothers who are left alone in their apartments after their parents depart. What happens in situations like this? This is the opening motive of the play that has a place for everything, even the noisy motorcycles. The aim of Darky boy is to placate his brothers. During his journey he frees three old ladies who in turn give him a gift: magic table, magic jug, magic whistle, as well as teaching him how to sing, dance and fight so he can beat the evil one with the black hat.

The one with the black hat