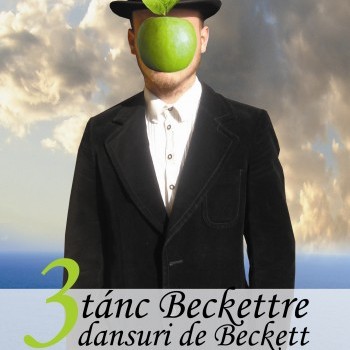 Studio performance in the main hall

The 3 dances to Beckett performance is an exercise to listen the author.

The show is an orchestration of the worthless, it's a word of the continues cracking, a condescension split up, which became a natural attitude of the life.

The characters are urban clowns; an illustration of the human becomes objects, which are loosing their function, loosing themselves.

It's a ripping universe, and the second day it will reborn from the same, like a perpetuum mobile of our life, our existence.