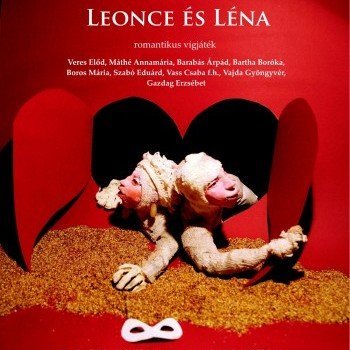 The plot of Leonce and Lena take place in the garden of humanity. Here it is that king Popo tries to rule with the help of abstract concepts, here it is where Valerio seeks the happiness of everyday life and it is here the Leonce and Lena chase love as well. The plot is no doubt the drama of adulthood (just like the big forerunner Shakespeare’s Romeo and Juliet). Leonce and Lena try to hide behind masks from this dread and this is why they set out on their journey. The journey in Büchner’s play is symbolic: it casts the characters into their own fates, gives them a taste of their own personalities that bubbles genuinely to the surface, the same ones that ironically coincide with those ideals that they themselves are trying to run away from. Leonce beyond the existential dread of adulthood is also haunted by the mutual recognition of himself and Lena in the surrounding lying-finicking world’s life coaching methods that boils down into an endless play. The question then becomes: where do we run from here and are you allowed to care for this newly realized self – nothing remains, but the interpersonal world of games, an artificial two-person space in which both can mindlessly grasp their bittersweet love – the rest is fiction and unrealized dreams.

President of the state council