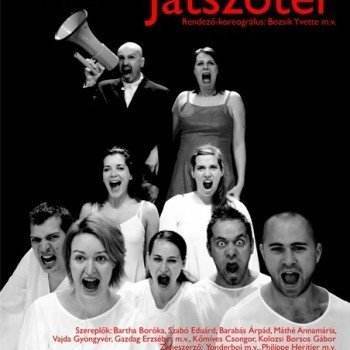 Playground is mainly inspired by a Kenneth MacMillan and Niszinszkij choreography. The plot takes place on a playground where adults play dressed in children’s clothing. It shortly becomes clear that it isn’t a playground, but a mental asylum.

The peculiarity of the play consists in the work method of Bozsik with the members of Figura Studio Theater: the structure of several scenes from the play are improvised based on a pre-determined theme: playground, beach, childhood and so on.