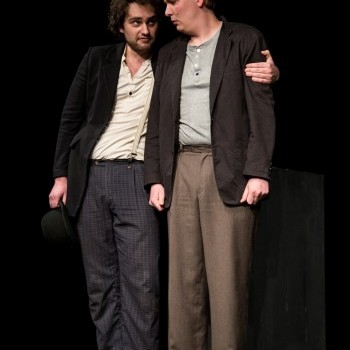 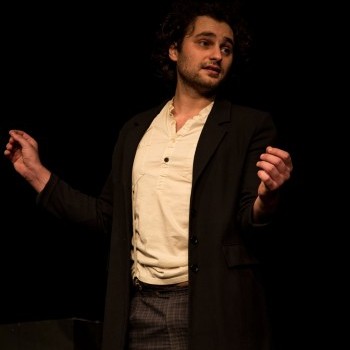 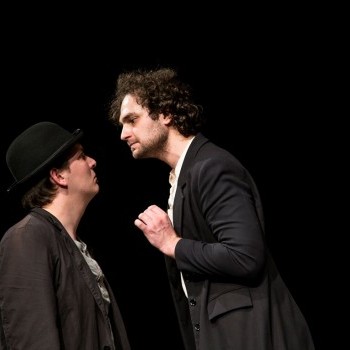 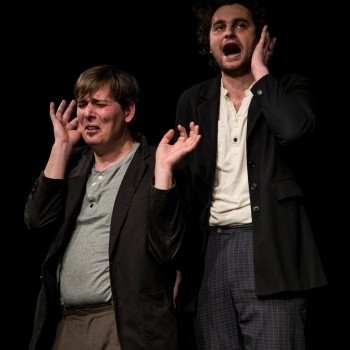 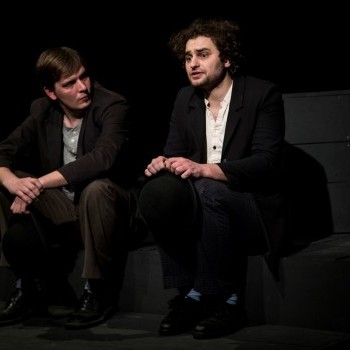 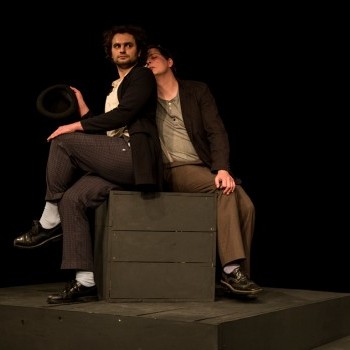 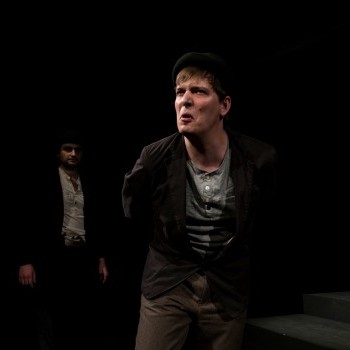 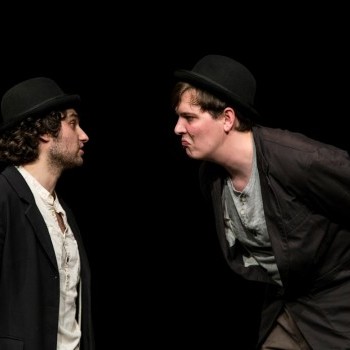 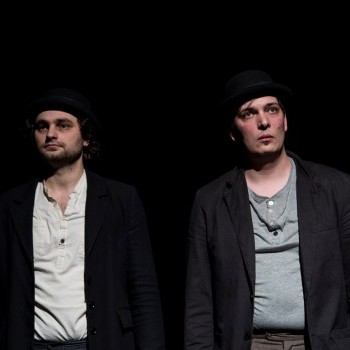 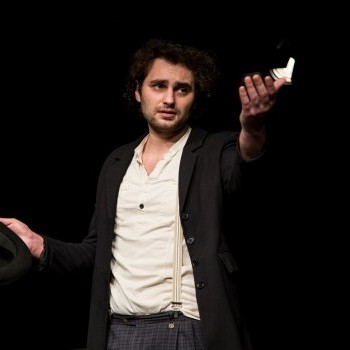 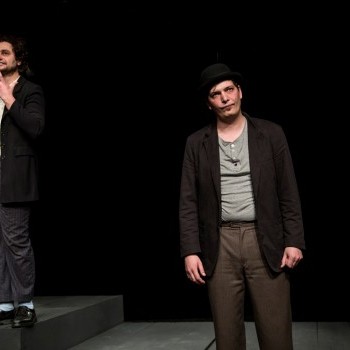 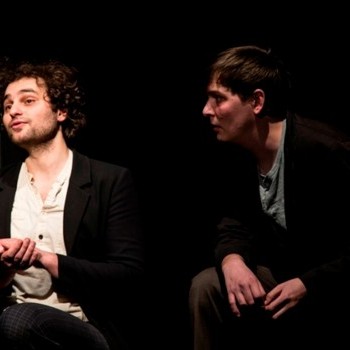 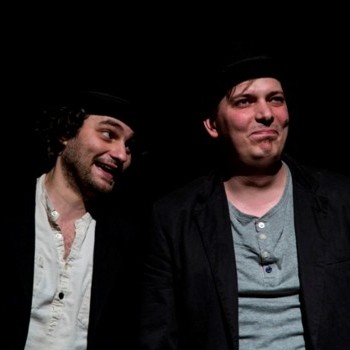 Stones in His Pockets

In Marie Jones’ drama two actors play sixteen characters in a story that details an American film crew’s shooting in Ireland. Jake and Charlie’s life hit a snag lately, both of them see new opportunities in the film industry, but lacking contacts they only get figurant roles. But the luck of figurants is exactly that they can become very good observers.

This way we come to know among others a spoiled diva, a tantrum throwing director’s assistant, the local priest, the “lone survivor” figurant and a boy whose life takes a turn for the worst… The problems pertaining to status, social hierarchies and the pressing questions of globalization and the loss of identity are treated in a humorous, irony laden story that lines up Hollywood stereotypes in an Irish environment, but it could really take place anywhere. Regardless of place it seeks an answer to the ever pressing questions: where is our place in the world?