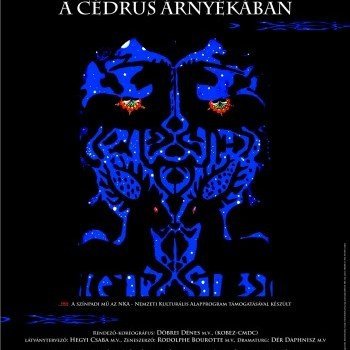 Sun-path in the Cedar’s Shadow

Grigory Danilovich from Bulgakov’s Master and Margarita tries to escape the confines of the novel to save some resemblance of his sanity. He reasons that the best thing to do is if he, protagonist of a novel, writes his own novel. He makes up stories, and casts to liven them up, the written page start to abound, but somehow he is not satisfied with his own work. He strikes out certain scenes, makes up new ones in their stead.  Meanwhile the cast comes to life and start struggling for their own will and own lives which lands Grigory in a pickle: on one hand he has to struggle with the cast of his own novel and on the other he is haunted by his own memories from the novel he escaped from.

Sun-path in the cedar’s shadow is the story of characters drawn from various novels that come to life to tell their own stories, show their lives to the audience.

The premiere is also the first theatrical experiment of the author since before this he did not venture into creating text explicitly for stage production. Sun-path in the cedar’s shadow is the stage production of his short story entitled Only a sentence.