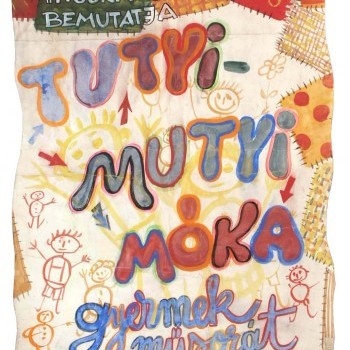 No two stagings were the same although the underlying story remained unchanged (its roots were La Fontaine’s The ant and the Grasshopper and one of Örkény’s short stories). The play continuously in metamorphosis was attended by viewers numerous times. “By no means was it an accident that work was started with Tutyi-Mutyi Fun: with perfecting speech technique and a lot of movement they nurtured, cultured (theatre-wise) both themselves and their young audience. A sort od playfulness and inventiveness, a collectiveness that shuns celebrity culture was always a pinnacle of Figura’s theatrical creation. School and kindergarten children and the adults who were never overnurtured enjoyed the production…”

In the coming two years the play was staged approximately fifty times so it dramatically changed compared to the premiere. At the national finals of the “Cîntarea Romăniei” festival they won a competition award with a reworking of the play entitled “Mesevonat”.