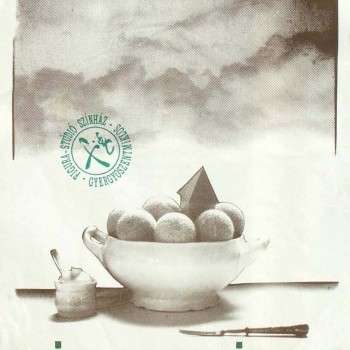 The House on the Border

The dog growls and shows its teeth if it is disturbed while eating, it is ready to attack and bite. The same way man growls if he is disturbed during family meals. Growls, complains – and with a forced smile opens the door for the uninvited family member or acquaintance. Or even a random stranger. In our case four people arrive to disrupt the dinner: four diplomats, what cruelty one could say, although it is really not. On the contrary: here we see the most humane display of state power. They go to the field to set up the border and they survey the house, the room, the bed to ensure that their decision is absolutely just. Everyone is good and just here, there is no bias in decisions – that too would only disrupt the decision making process. In all actuality this goes a bit differently: borders are drawn on maps, the pencil mark in reality could be as wide as fifty kilometers. The state is hardly concerned by the terrain, the given: that would only disrupt the decision making process. So with a forced smile man invites the uninvited dinner guests into his home, his freedom and sense of freedom isn’t that of a dog: he had long forgotten how to growl, show his teeth, attack and bite.

Even whimpering he can but alone.