The individual play of Tamás Boglár on the show again 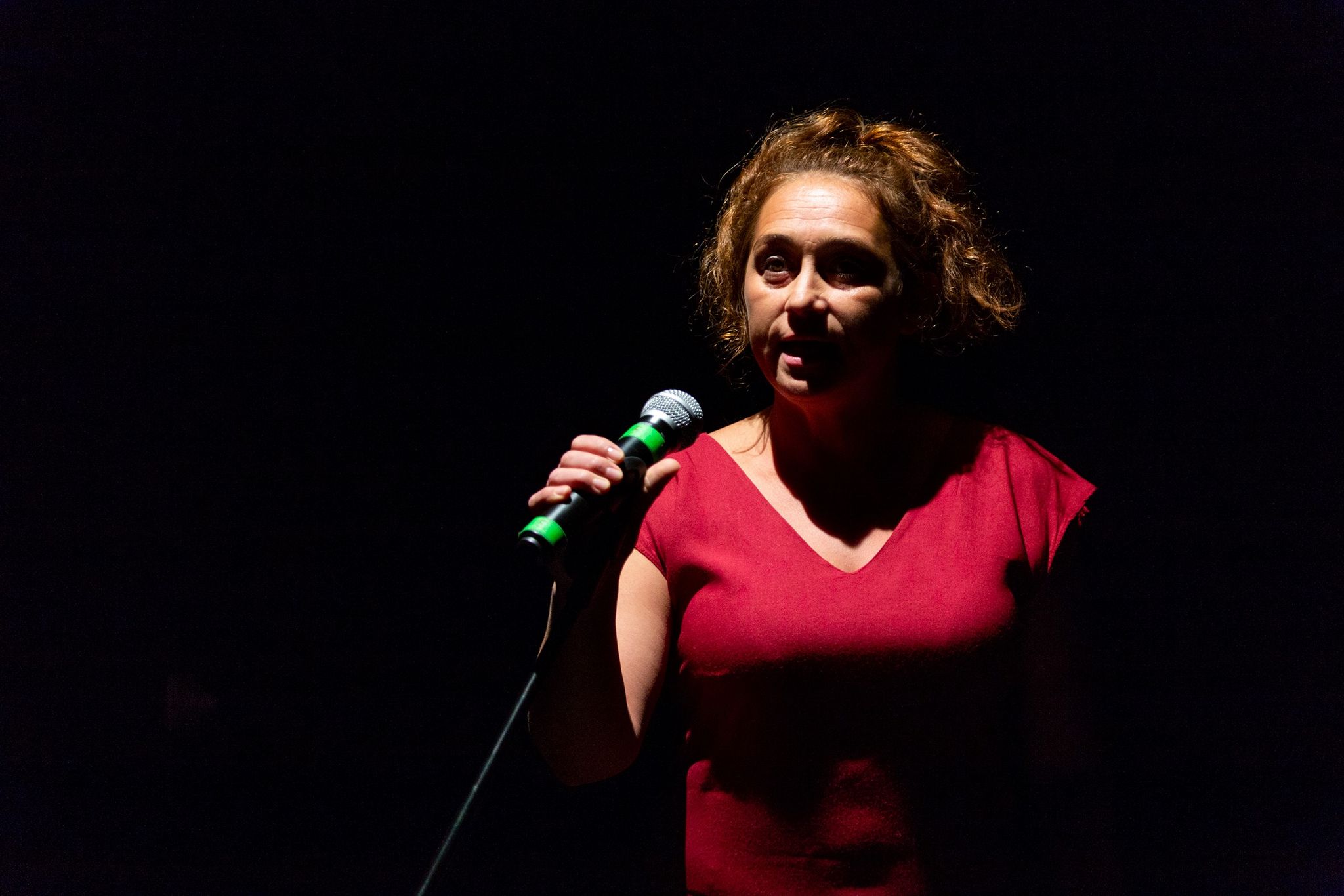 The Sure, Tamás Boglár’s individual performance – premiered in 2019 – was inspired by her own life experiences; the performance’s text was a cooperation with her sister, Tamás Gyopár. The piece about single parents, difficulties and challenges can be seen on 12 February from 7 pm.

- What was the motivation for this performance?

Tamás Boglár: I definitely wanted an individual show, and I was glad that Albu István, the theatre’s manager also supports our individual efforts – several of my colleagues had similar performances before mine. The theme was outlined during a pilgrimage to Csíksomlyó, I decided in that moment that I will build the piece from my own life. The texts were created with the help of my sister, Tamás Gyopár, the framework of the performance was given by Borsos Virág as a dramaturg, my ideas about the animations were realized by Ferenczi Zoltán.

- How does it feel to stand alone on stage and fill the space?

T. B.: Although there are invisible partners, helpers in the background, it is difficult, since I have to keep the spectators’ attention all by myself. It was a good feeling to be close to the viewers in the Studio Hall, we almost breathed together, I gave and also received a lot of positive energy.

The full text of the interview can be read on the online surface of the Hargita Népe written by Boncina-Székely Szidónia.