Another production in preparation: How to Explain the History of Communism to Mental Patient 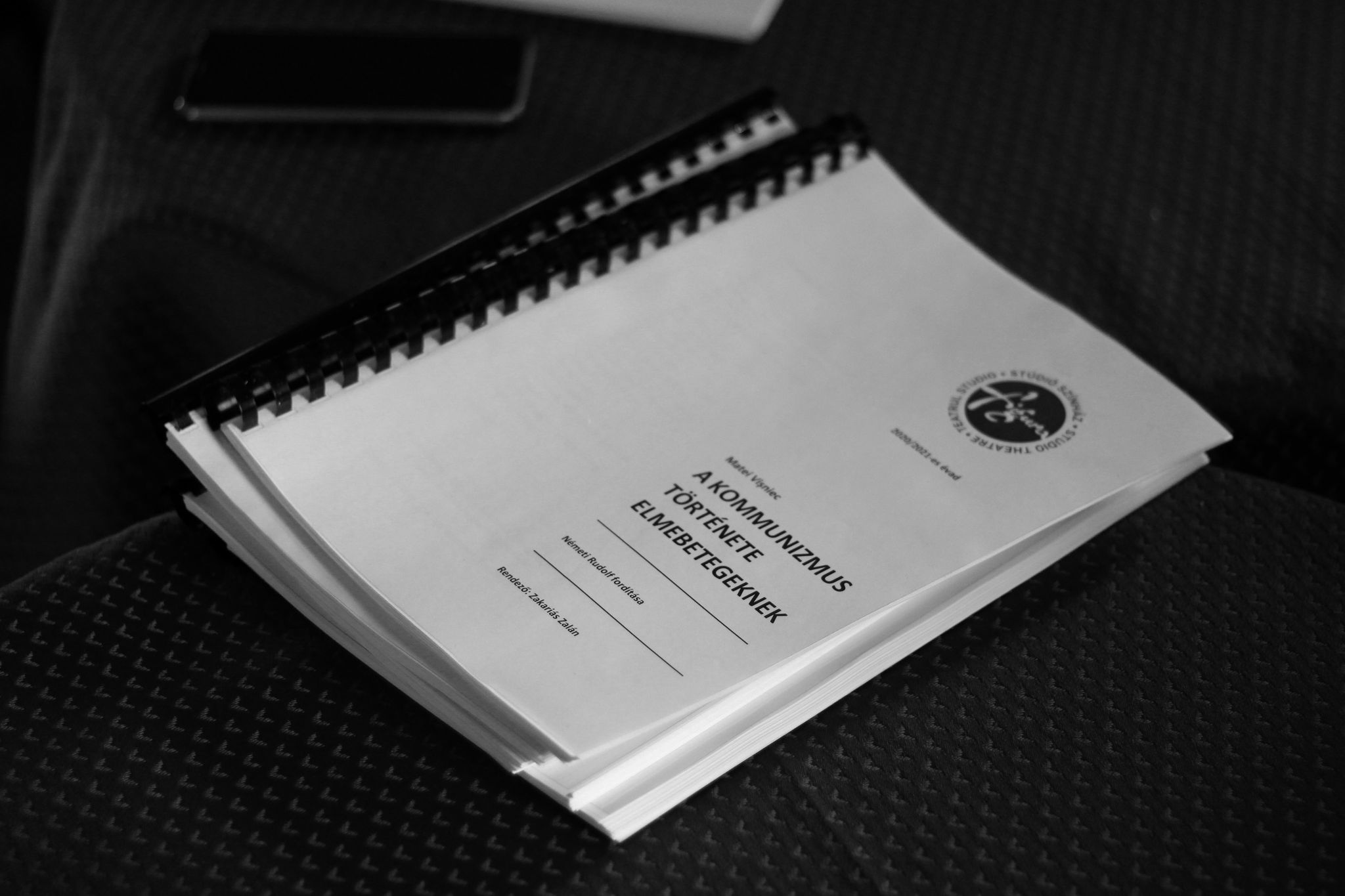 Right after the premiere of The Unhappy Ones, we started the trial process of an absurd comedy by Matei Vișniec: How to Explain the History of Communism to Mental Patient with the participation of the whole company and the Szín-kron Group, directed by Zakariás Zalán.

What happens when a writer is asked to present the history of communism in a mental institution? Who is sober and who is sick: the servers of the system or those who are convicted by it? Yuri Petrovski is a young, Soviet writer, who received a state award for his socialism praising work; in recognition, the Soviet Writing Association entrusts him with a difficult but noble task: to capitalize on his writing qualities by an adequate ideological teaching to the mental patients of the Moscow Central Mental Institution.

Matei Vișniec is a Romania-born writer and publicist living and working in France, who has experienced the unpleasant effects of the socialism. His works are marked with an absurdity mixed with humor soaked with an Eastern-Europe sense of life. He’s not only approaching the most cruel and absurd situations in a comic way, but by analogy of mental illness, he is formulating an important critique of the Soviet ideology’s dogmas - with using an ironic linguistic toolbar -, which also offers a damage-free alternative to past processing.