Barabás Árpád tells about The Complete Works of William Shakespeare 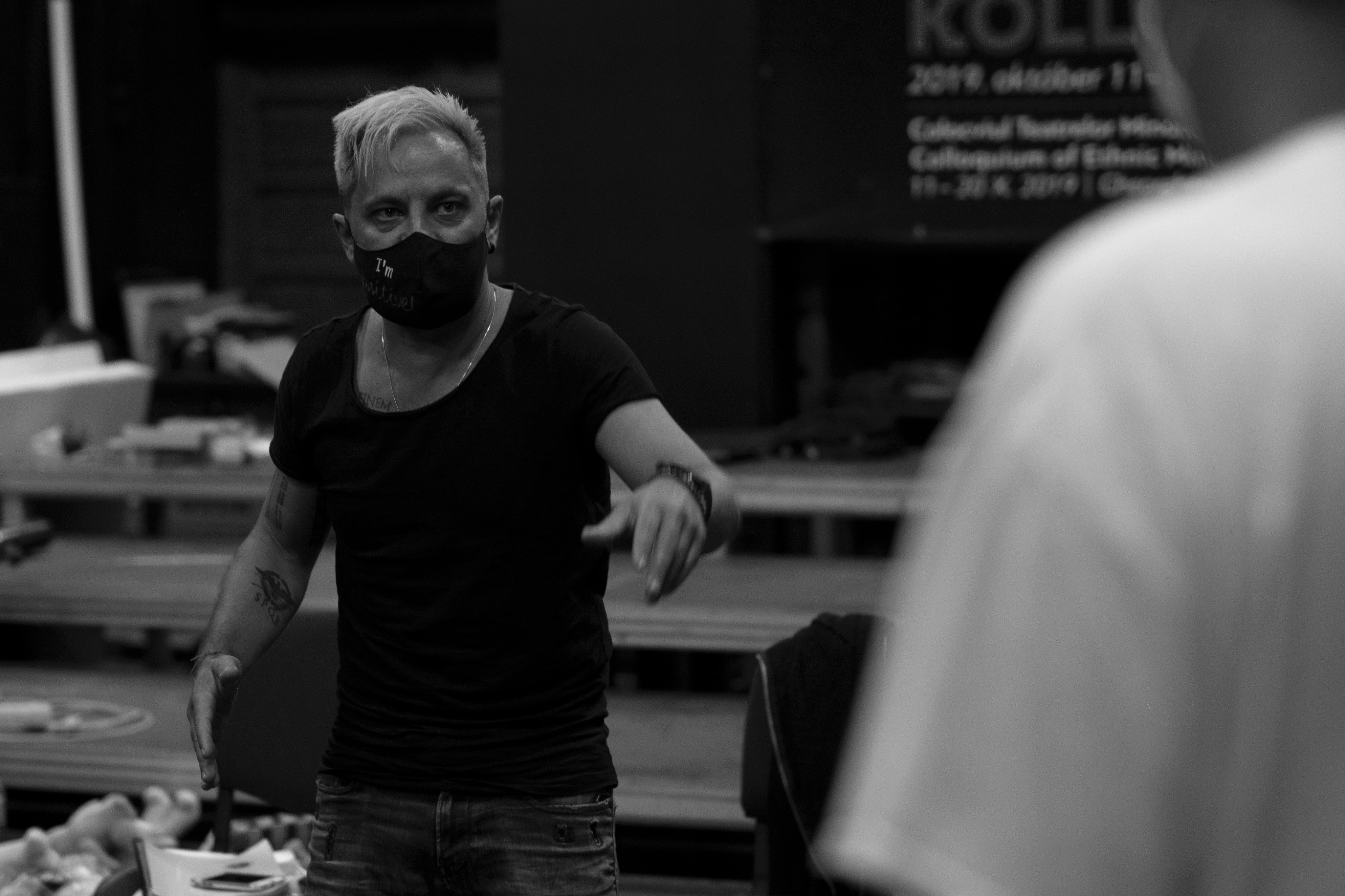 The “Cream of the Figura Studio Theatre” Fodor Alain Leonard, Kolozsi Borsos Gábor and Moșu Norbert-László present on 10 July The Complete Works of William Shakespeare. The boys’ stage performance is directed and assisted by Barabás Árpád, Freddy, who was born in Gheorgheni. We asked the director about the comedy and the preparations.

How did Barabás Árpád and the cast meet with the text?

- This started last year, when Kolozsi Borsos Gábor contacted me with the idea of the play Sorrel, French Fries; where they were looking for a director who is familiar with the hockey.  The original text is about football judges, we transformed it a little bit, but unfortunately the author did not agree. After this, Albu István asked me if I am in the mood to make The Complete Works of W. S. taking advantage of this situation.

The team has not changed. How do you describe the workflow?

- The cast was clear in the very first moment, these three actors’ personalities are totally different, which is absolutely alright, and somehow that is what determines what the performance became like. In the person of Fodor Leo, the theatre history has finally a “real” dark-skinned Othello, I wrote for him a nice monologue and I think this is a great source of humor.

Anyway, it mattered a lot, that I know these people, I did not come among strangers. It is really important condition, that the chemistry has to work between the three actors who are playing this performance, otherwise the play cannot be born. Actually, we shaped the performance along this line, there is a lot of work in it, because I insisted that we do everything, we wrote the music, the atmosphere is our own work. It was hard work, but I think all of them will be proud, that basically everything is their work except the lights.

How much did it affect the work, that you planned the play for the tiny outdoor stage?

- Actually, we made this production to the outdoor stage. It did not complicate our work, since the studio-hall’s stage is proportional with the outdoor one. The only bittersweet thing is that this kind of performance would require an audience of 50-100 people, right now they can be just 20-30, but we hope, that these 20-30 people can create a good atmosphere too.