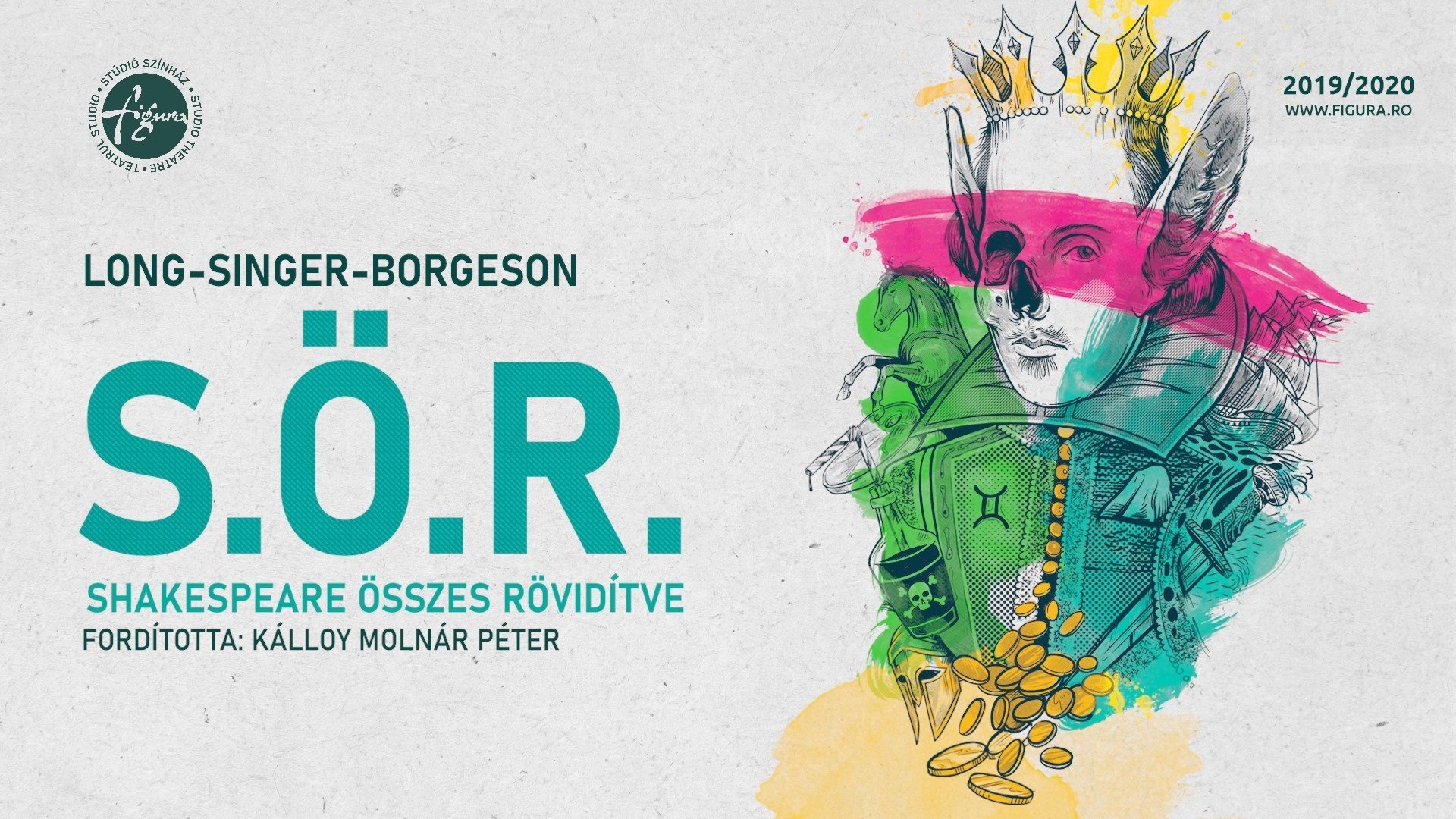 On 10 and 11 July from 9 pm The Complete Works of William Shakespeare (Abridged) directed by Barabás Árpád will be the program on the Living stage. The number of seats is limited, previous reservation is recommended.

“The Figura Studio Theatre’s Cream”: Fodor Alain Leonard, Kolozsi Borsos Gábor and Moșu Norbert-László attempt to present all of the works of Shakespeare. This play's the thing, where civil blood makes civil hands unclean, wherein they'll catch the conscience of the king. Neither a borrower nor a lender be, go thy ways to a nunnery, because something is rotten in the state of Denmark. All’s well that ends well, the rest is silence.

The English play named The Complete Works of William Shakespeare directed by Barabás Árpád is a kind of live Shakespeare-album, that brings the famous writer’s best-known scenes on stage and also closer to the audience.

The comedy – written for three actors – gives insight in William Shakespeare’s lifework. The play is kind of a teamwork, since the production has a rich theatrical toolbox; the actors shape several characters and also perform technical tasks on the stage, thus the audience can also gain insight into the stage’s apparatus – said Barabás Árpád, the director.

The prescribed rules are valid during the events, in this sense it is mandatory to keep distances, wearing a mask and frequent hand disinfection is recommended.