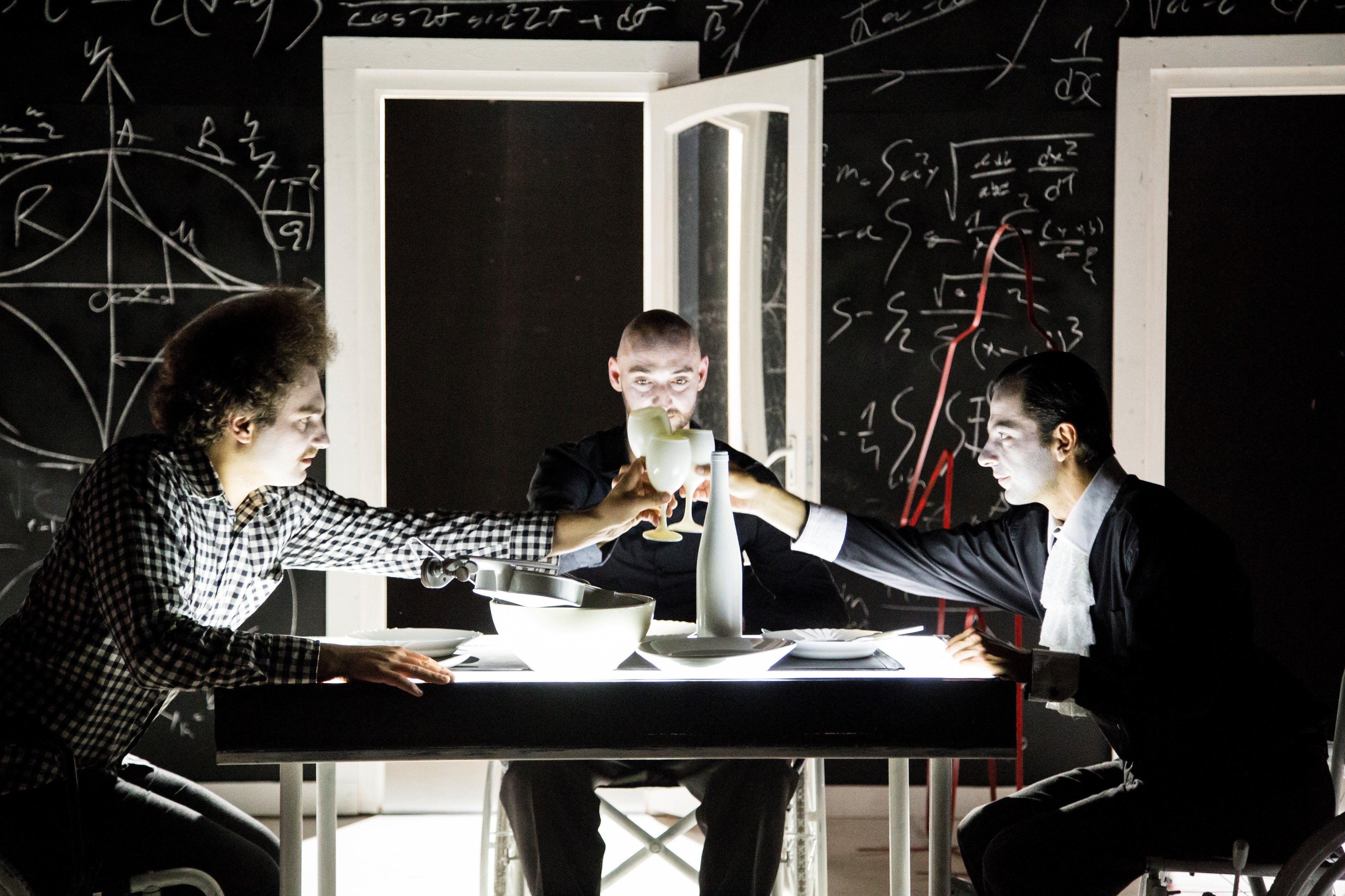 On May Day The Physicists entertain the home-theatre viewers: on 1st of May at 7 pm starts the premiere streaming on the Figura’s YouTube channel. Unlike previous occasions this video will be available until Sunday midnight. The show is recommended over 12 years, its duration is 1 hour and 30 minutes.

The voting’s winner is Friedrich Dürrenmatt’s grotesque comedy which was presented in 2015 .

The play takes place in an idyllic luxury medical clinic, at a private sanatorium where millionaires come to ease the burden of the century. The idyll is suddenly disturbed by a series of sudden murders. Three of the clinic’s guests are frequenters, scientists whom are only known even by the staff by the chosen names of Newton, Einstein and Möbius, and who for some unknown reason have been guests of the clinic for years on end. It is they around whom the threads of a strange criminal case are woven that is the springing board for Dürenmatt’s play.

Investigating this crime is the starting point from which Dürenmatt’s comedy builds up to a story being about one of the most important questions of the 20th century: that of the responsibility of the individual. Are we responsible for the world that as a consequence of our actions and groundbreaking discoveries is constantly changing around us? What is to be done with an invention that can fundamentally change the world but at the same time can also destroy with a simple push of a button? Is the scientist responsible for the knowledge that due to his reason and thinking becomes his property? – these are among others the questions Figura’s play poses to the viewers.

The play was directed by Albu István, who at this performance worked for the third time with the company of Gheorgheni.