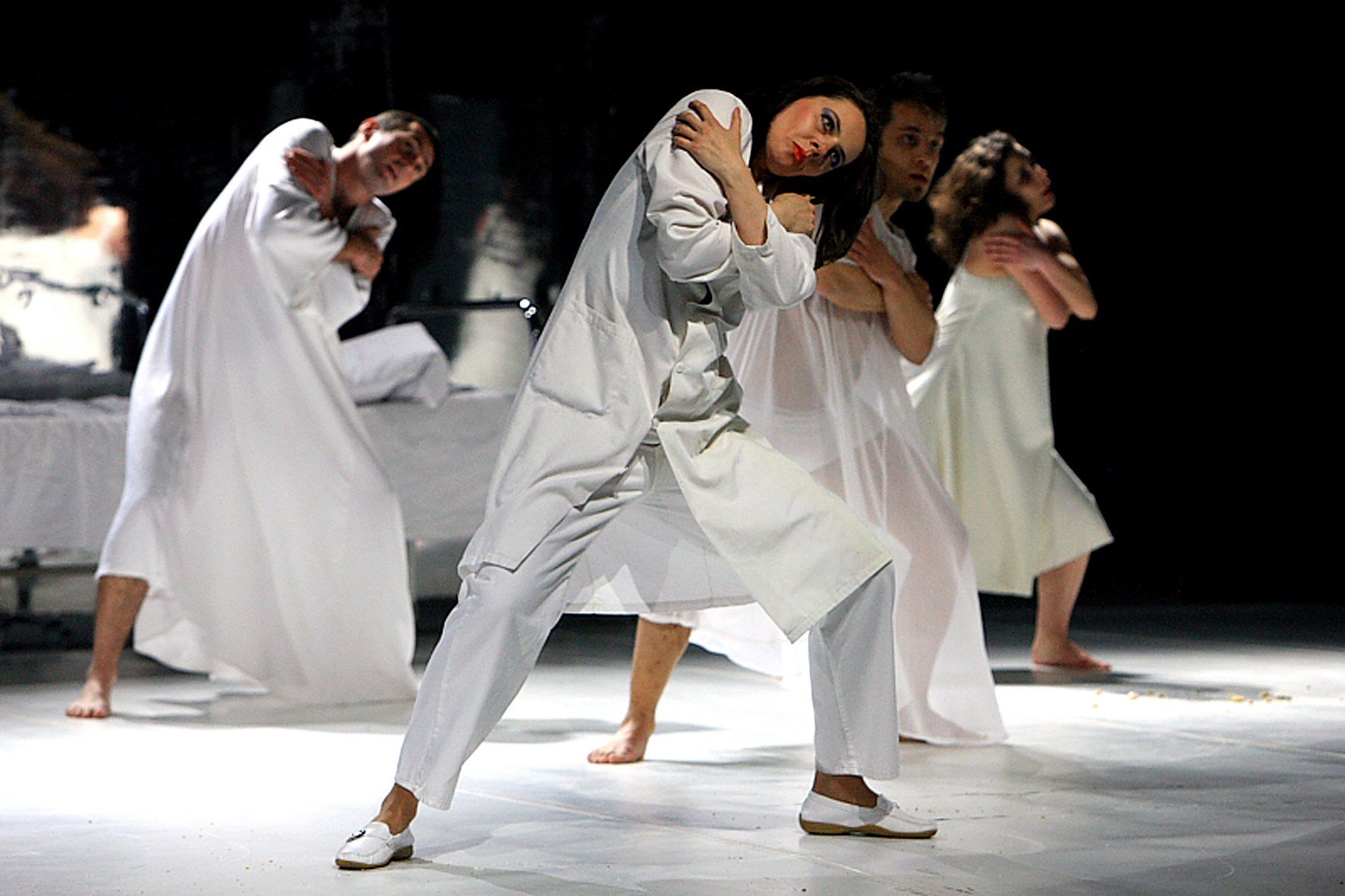 On the occasion of the International Dance Day, on 29 April the Playground, movement theatre performance - directed by Bozsik Yvette, will be available all day on the theatre’s YouTube channel.

Playground is mainly inspired by a Kenneth MacMillan and Niszinszkij choreography. The plot takes place on a playground where adults play dressed in children’s clothing. It shortly becomes clear that it isn’t a playground, but a mental asylum.

The peculiarity of the play consists in the work method of Bozsik with the members of Figura Studio Theater: the structure of several scenes from the play are improvised based on a pre-determined theme: playground, beach, childhood and so on.

The art of movement occupies a special place in the history of the Figura Studio Theatre, the company from Gheorgheni has been performing regularly movement and dance theatre shows since the 2000s, between 2006 and 2016 organized a dance theatre festival, called dance.movement.theatre.

On 30 April, Thursday from 7 pm the Tót Family can be watched on the Figura’s Facebook page. The performance, presented in September, was staged by director Florin Vidamski, who lives in Germany. During the suspention of school education, the play is recommended especially for high school students.

The play examines the person forced into crisis by others (well-meaning or unwittingly), and the process of the victim forming itself through the concept couple “victim-hangman”. It’s the illusion of the happiness and reaching an ideal, whatever small or huge this ideal is. It’s the parabola of the need of sacrifice in that moment, when the dominant aggression – determined by the war – starts to threaten the known human life’s scenery.