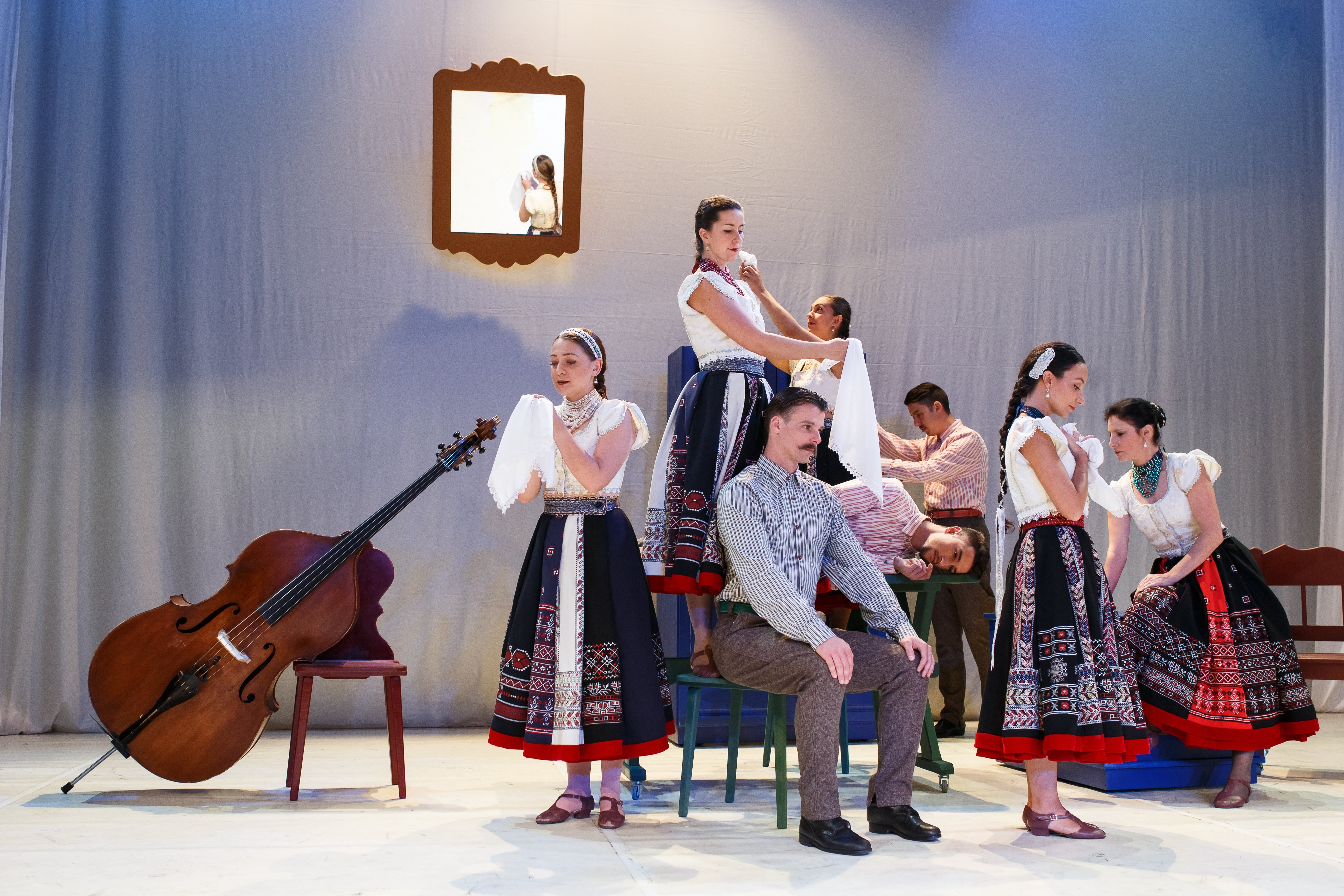 The Figura together with the Cultural Centre of Gheorgheni celebrate the day of the Hungarian Culture with three shows. The Hungarian Culture has been celebrated for 30 years in January 22 in Hungarian-speaking areas, in memory of clarifying the National Anthem. On this occasion the Figura Studio Theatre will present its performances inspired by to classical Hungarian authors, and will host a performance of the folk-dance ensemble representing the folk culture.

On January 21 The Four-square Round Forest will be played in the play-series for children. The next day, on January 22 the Tót Family will entertain the audience, on January 23 the performance of the Háromszék Folk-dance Ensemble named Clean waits the folk-dance and folk-music lovers.

The Tót Family of Gheorgheni is impossible to located in time and space. It is played somewhere in a Hungarian speaking area, that’s broadly sure. Its world is a post-apocalyptic world, this untouched island can be sustained for a while in the decay’s and aggression’s chaos by illusions, but the infiltration of the beyond-rind reality is inevitable with the arriving of the major.

The tickets for the shows are available every weekday from 3pm to 7pm at the ticket office.