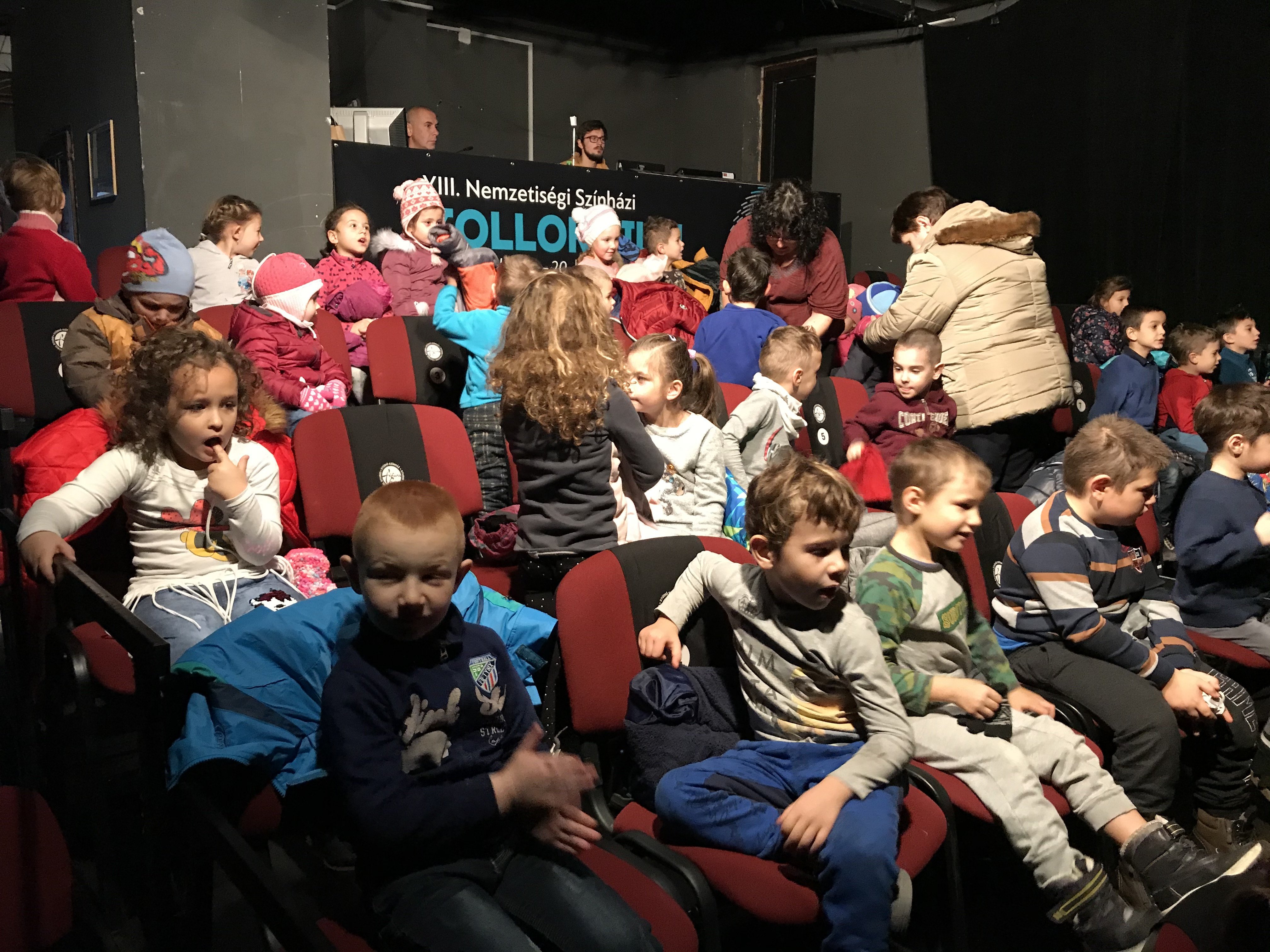 It has finished the series of guest plays of the Puppet Theatre Puck from Cluj-Napoca.

The guest-play of the Puppet Theatre was financed by the Council of Harghita County.

The children play-series continues with the Time! Now! show from Szín-kron Group for the classes 7-8 between 16-18th December.