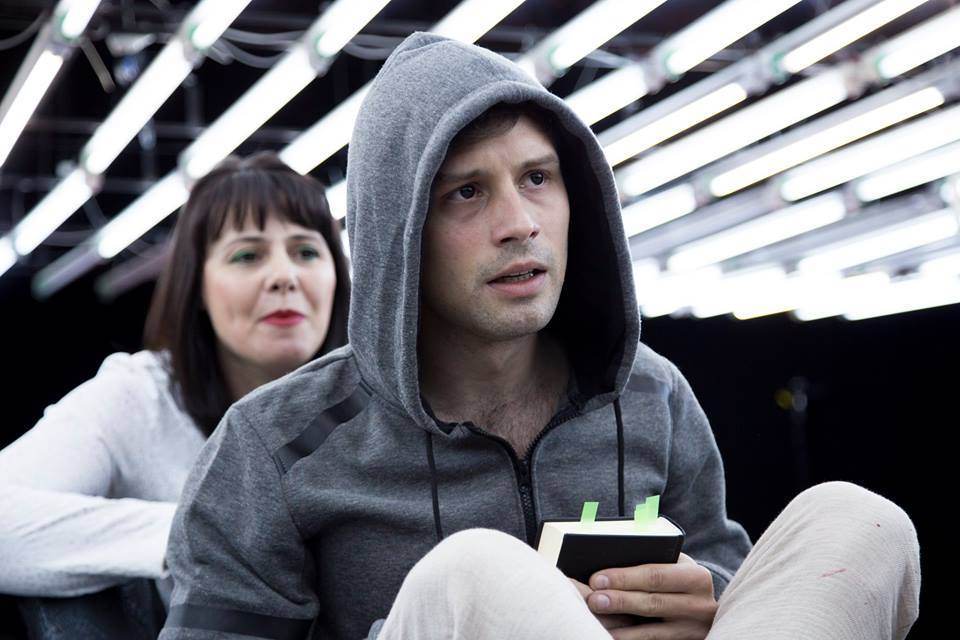 Figura Studio Theatre stages Marius von Mayenburg contemporary German dramatist’s Martyr on the 4th of May at 19:00. The director of the Gheorgheni based theatre’s upcoming theatrical piece is Attila Keresztes, the artistic director of the Tompa Miklós Company of the National Theatre of Târgu-Mureș.

Mayenburg’s drama posits questions to which there are no simple, comfortable or even pleasing answers.

What happens when the Holy Scriptures end up in a medium that does not know what to do with it exactly because it got detached from this cultural milieu? Can a strong and genuine faith arrest one in such a situation? Or the only possible event is the tension arising from the conflicting nature of the two points of view superseded by those actual rules of conduct that negate the counterarguments of the few thousand year old narrative.

Benjamin regards that the religiosity he espouses is the only valuable mode of being and self-reflection, but he is not conscious to the fact that he constantly misinterprets the Holy Scriptures. His environment fails to, and maybe doesn’t even want to understand his quickly developed faith. No matter how hard they bar him, he won’t change, not even after all the disciplinary action taken against him. Thus ends up the narrative in such an irreversible situation in which even the fact that instead of sinners we only find problems (though: martyrs) is a tragedy.

After the premiere the next staging will be on the 6th of May, Sunday 19:00.

Tickets for the premiere cost 20 ron, after which each adult ticket is 15 ron, student and pensioner tickets are 10 ron. Tickets can be bought on each workday between 15:00 and 19:00 in the lobby of Figura Studio Theatre. Seat reservation and further information on 0752-227-011 or org@figura.ro. Online tickets can be bought at www.biletmaster.ro.
The play is recommended for viewers above the age of 18!
The production was promoted by the Bethlen Gábor Fund.